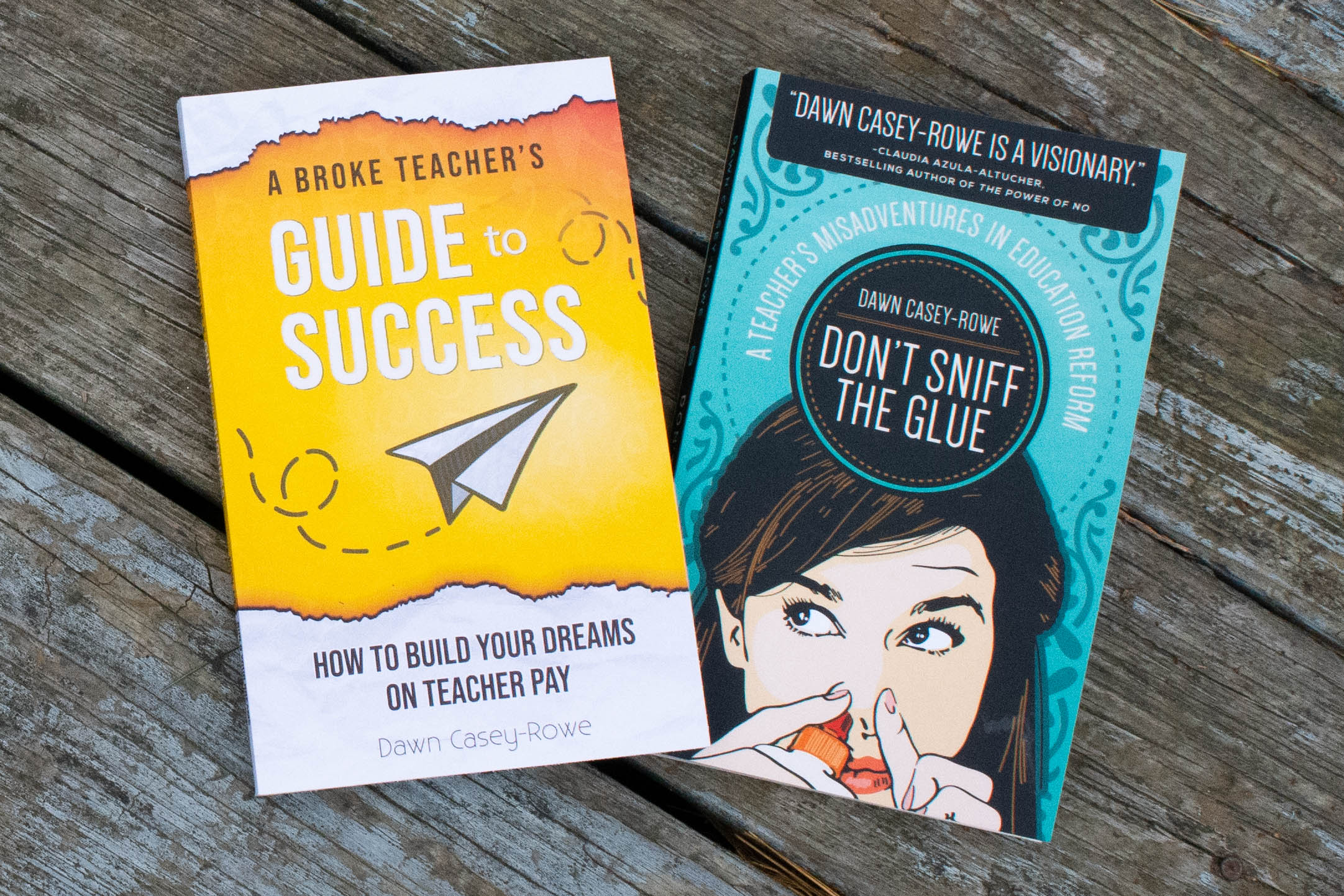 A BROKE TEACHER’S GUIDE TO SUCCESS: HOW TO BUILD YOUR DREAMS ON TEACHER PAY

Teachers are broke. They shouldn’t be. I started posting “broke teacher” jokes to cheer up a broke teacher.  I made a website with articles like “Best Places to Steal Pens and Pencils for Your Class.”  But then, I realized I was a broke teacher too.

A lot of things make teachers broke, not just low teacher pay. It’s mindset and behavior, too. Teachers: “A Broke Teacher’s Guide to Success” will help you stop those “I do that too!” things that are crushing your finances and causing you stress.

DON’T SNIFF THE GLUE: A TEACHER’S MISADVENTURES IN EDUCATION REFORM

I went into teaching to change the world. Instead, my students changed me. These are some of my stories. I told them just as education was going from “respected career” to the middle of a national storm.

Good teachers are leaving the field at staggering rates. Politicians and pundits who’ve never spent time teaching are calling the shots. Everyone has something to say about education–everyone except the students and teachers in the classroom. Don’t Sniff the Glue: A Teacher’s Misadventures in Education Reform is my story of trying to cut through the red tape and change the world.  Even though it was written in 2015, it’s true today.

Next book’s on the way. It’s not about teaching. It’s about vegetables. I promise, it’ll be worth it.